Amour: Three Voices from Broadway to the Stars

Horatio Alger Members are part of a select group of individuals who have experienced a wide spectrum of what life can offer. Similar to characters in stories by Horatio Alger, Jr., they traditionally have started life in “humble” or economically challenging circumstances.

Amour: Three Voices from Broadway to the Stars

In partnership with Horatio Alger Members Harvey L. Massey, Clarence Otis and James M. Seneff Jr., the Horatio Alger Association is proud to present Amour – Three Voices from Broadway to the Stars at the Dr. Phillips Center for the Performing Arts in Orlando, Florida.

Amour features three of Europe’s most exceptional performers. Mario Frangoulis is an international tenor who can deliver rock anthems as magically as he can operatic arias. George Perris has performed for sold-out audiences around the world and is considered Europe’s next superstar. Soprano Deborah Myers, one of the UK’s most versatile performers, has starred in a variety of musical productions including The King and I, The Pirates of Penzance, and Something Wonderful. Together, they will take the stage with the Orlando Philharmonic Orchestra to support the Association’s need-based scholarships and educational services, which will directly benefit Central Florida youth.

This special concert is part of a series of a State of the Association regional meetings which enable Members, Life Partners, Scholars and friends to convene and learn about the Association’s current and future projects. Amour will will be filmed for broadcast on PBS stations nationwide and will introduce the mission and programs of the Horatio Alger Association to new audiences. Please join us by purchasing your tickets today!

The Horatio Alger Association is grateful to the sponsors of this event for their generosity and commitment to ensuring that young people with great potential and determination have the opportunity to achieve their dreams through higher education. 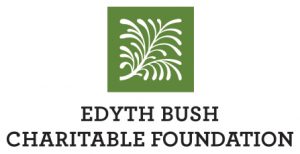